"SUNVERB" - A whole lot of Sun in one big Verb.

MEET THE BAND. SUNVERB is Rick, Tracy, Dave and Greg from the outskirts of Philadelphia.- Each member is akin to doing their part to make this world a better place.

The desert, the mountains, the valleys, the sea, the sky. All encompassing - "SUNVERB".

Years of dedication to their craft have combined to create their unique sound reminiscent of 60's and 70's rock but with the current, urgent sounds and topics of the 21st century. Different but familiar and timeless. 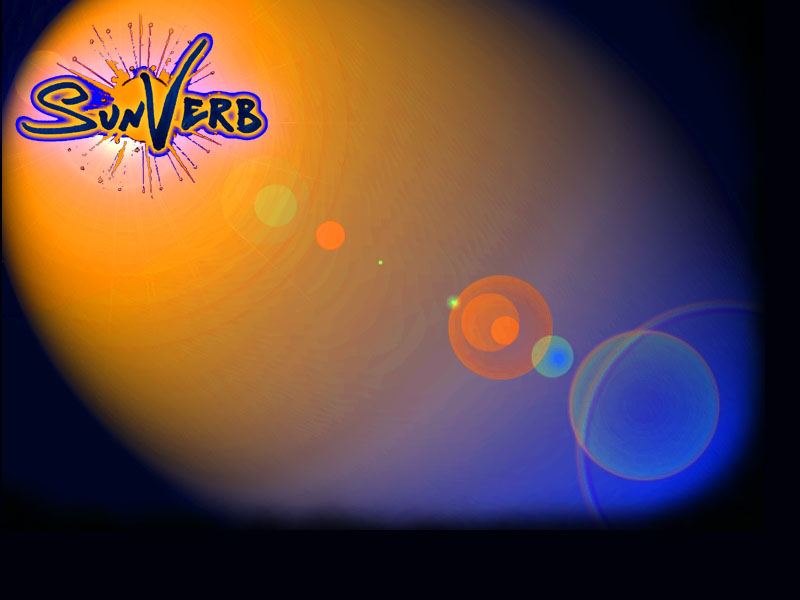 THE HISTORY. In the begining..There was Psychedelic acoustic Rock and Blues Jazz happenings played Really Big. Singer/songwriting team Rick and Tracy met through the arts in 1992 and began collaborating to create the music and songs that kept persistently popping into their heads. With eclectic gear and a lot of sweat they began to build what would become RootCellar Studios. By 1998 they recorded a three song maxi-demo. April of 1999 Dean Leontidis joined the group. In 2000 they started a music publishing company, RootCellar Music LLC, and became ASCAP members. Later that year, beating the open mic pavement they gained local interest and debuted live on radio station WXLV 90.3 FM. Showcasing on The Phil Stahl TV Show featuring local artists. Dave Wiesinger was inducted as drummer with his energetic rock/jazz style. They started recording "the Thrills Project", calling upon the talents of seasoned pros Greg Geeza on bass, Ron Greenstein on upright bass and extraordinary violinist Travis Wetzel on signature songs such as "Think", "River Row" and "Porch and a Pillow". SUNVERB played at the premier original rock club Grape Street Pub in Philly and when they gigged at Triumph Brewing Company they joined forces with Travis Wetzel "the mad fiddler" and played some amazing shows and it was a thrill for them to play at WXPN's venue World Cafe Live.

THE FUTURE. SUNVERB is currently recording .